Simply JK Blog
/
The top U.S. cities to get a financial services job outside of New York

The top U.S. cities to get a financial services job outside of New York 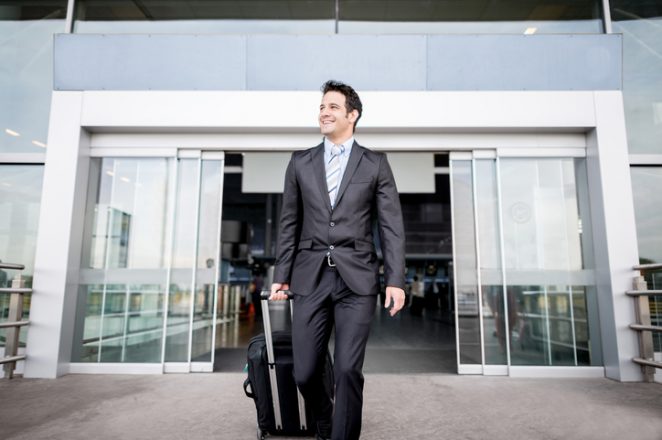 New York City weather is currently hot and muggy. Financial services professionals are dealing with a “summer of hell” commuting into Manhattan, with the MTA scrambling to repair Penn Station after a series of train derailments, leading to ripple effects slowing down the entire transportation system. Many believe that it’s the best city in the world, but it’s also one of the more expensive places to live.

You may have considered moving to a more affordable, less intense city elsewhere in the U.S. – or your employer may have informed you that your job is moving to a lower-cost city whether you decide to move or not. That is a growing trend as more banks move back-office and middle-office roles away from Wall Street and grow satellite offices in other parts of the U.S., including some with front-office roles.

The fact is that financial services organisations are moving jobs to lower-cost destinations regardless of whether their personnel want to move – largely because they want to cut costs. For employees, this means taking a lower salary in a cheaper location. Alan Johnson, the founder of compensation consulting firm Johnson Associates, says that pay is typically 15-20% down in locations where banks are moving jobs. But this isn’t necessarily all bad.

“Companies used to apologize to employees but they don’t do that anymore – they say, ‘The sticker number of your comp will be less, but factoring in the cost of living, you actually may come out ahead,” he says.

Right now, employees leaving NYC are looking for a slower pace of life, plus the opportunity to stay in banking without the frantic Big Apple lifestyle, says Jeanne Branthover, a managing partner at recruitment firm DHR International.

So, what are your options?

Banks with a presence in the Dallas/Fort Worth/Arlington metro area, of which Irving is a part, include Goldman Sachs, J.P. Morgan, Bank of America Merrill Lynch, Citi, Wells Fargo, UBS, Deutsche Bank, BNP Paribas and Jefferies. Morgan Stanley is there too, although it has bigger corporate offices in Houston and Austin.

Goldman Sachs’s Dallas and Irving offices have a combined headcount of more than 1,000 employees, making it the firm’s seventh-largest location globally and third-largest office located in the U.S., behind New York/New Jersey and Salt Lake City.

There is also a host of local and regional investment banks based there, including boutiques specializing in the energy/power sector.

The second-largest Goldman office in the U.S. is in Salt Lake City, with over 2,000 employees, although it mainly houses back-office and middle-office roles.

By some accounts, it is a great place to start your career, especially if you enjoy skiing, snowboarding or mountain biking.

Deutsche Bank, Bank of America Merrill Lynch, Citi, J.P. Morgan, Wells Fargo and Macquarie have all moved operations to Jacksonville. It makes sense: Corporate office space is much cheaper there.

Deutsche Bank’s office in Jacksonville has been expanding rapidly since it launched in 2008, housing most of its major divisions and approaching 2,000 employees.

“Jacksonville has a much lower cost of living and the climate is good, plus there are lower costs for the companies and a high quality of life for families,” Branthover says. “Florida has no state income tax, which has become a serious positive with candidates having so many more choices of being successful in their career outside of NYC.

“In the lower-cost-of-living cities, companies can pay employees less, which saves them their largest cost…people,” she says. “A positive for companies is the tax incentives to lure talent out of New York and into these other cities as well.

“For companies, it improves their profitability with lower costs for personnel, as well as real estate.”

4, Other high-cost cities like San Francisco, Boston or Chicago

Maybe you’re being transferred to another city against your will, or you don’t really care about a high cost of living and want to leave New York for other reasons. There are plenty of financial services job opportunities in other high-cost cities such as San Francisco, Boston and Chicago.

“Chicago has fintech companies, divisions of most large banks and the Chicago Mercantile Exchange,” Branthover says. “Boston is an asset management center, with money managers like Fidelity Investments and Putnam Investments.

“San Francisco is as high cost as New York, but it is the finance capital of the western U.S. – most financial services firms have either major divisions or headquarters there,” she says. “Venture capital, privite equity, technology investment banking and fintech have a large presence there, and the climate is also a draw.

“Many financial services firms are now [in one or all of those three cities] so you can move and stay there to move up the ladder within the industry.”

No items found.
2023 Job Market Outlook
Lag Time and Positions Slowing Down the Interview Process
The Basics of Career Development: National Career Development Month
Mental Health Awareness Month: Normalizing Mental Health as a Priority in the Workplace
How We Serve Our Community
Tips to Spring Clean Your Resume
The Importance of Female Mentorship for Women in the Workplace
How to Fall in Love with Your Job this Valentine’s Day
What Should You Expect from the Job Market in 2022?
Defining Your 2022 Business Pillars
Professional Partying: A Guide to Office Party Etiquette This Holiday Season
Is Your LinkedIn Profile Ready for Your Next Job Search?
Now Hiring: Are You Prepared for the Fall Job Search Surge?
The Case of COVID-Carryover: How to Manage an Excess of Employee PTO
Should You Offer Summer Fridays To Your Workforce?
The “Cans” and the “Cannots” that Employers Need to Know About COVID Vaccination Requirements
Getting Back to Business
The Importance of Company Culture
The Secret to Employee Retention
Unexpected Resignation: To Counteroffer or To Not Counteroffer?
Every Professional Should Have a “Me File” – and Here’s Why
Setting Up New Leaders for Success
Hiring Through the Holidays
Listening and Learning: Ted Talks on Diversity, Equity, Inclusion and Privilege
Tools and Resources to Promote Diversity and Inclusion in the Workplace
Top 10 Hot HR Compliance Topics
Temporary Work from Home Policy and Agreement
How to Maintain H/R Files Properly
FLSA Exemption Questionnaire- NYS
HR Compliance 101
Why is HR Vital for Small Businesses?
How to Win the "Networker of the Year" Award
The ABC's of Action Verbs to Include on a Resume
Commonly Asked Behavioral Interview Questions
How Do I Answer the Weaknesses Question?
If Job Search Advice Seems Odd, It Probably Is
How to Talk to People You Don't Know
Getting Interviews - Not Closing the Deal
Let’s talk About Millennials
Be A “Product” Employers Want to Buy
Bragging Can Be Difficult, But Critical in a Job Search
How to Answer “Why are you looking for a new job?”
Job Interview Success Is in The Details—The Handshake
Prepare Yourself for a Counteroffer, But Never Accept It
How To Prepare For A Phone Interview
Preparing for an interview
Why on earth would you put your address on your resume??
Securing Diverse Leadership Talent Through Search Firms
Importance Of Thank You Letters After An Interview
Top 5 Must Do's for Creating Your Reference List
The First 56
Hey YOU! Stop Lying!!
How investment bankers should NOT answer this interview question
The top U.S. cities to get a financial services job outside of New York
Five Times This Extremely Common Word Can Hold You Back at Work
PreviousNext

How to customize formatting for each rich text